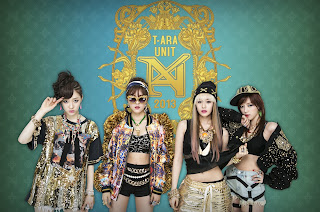 Scheduled to be released in Korea on May 3, you can now pre-order T-ara N4's first mini-album!
*This is for the physical album release as it was already released digitally a few days ago


It was also revealed that there will only be 40,000 copies of T-ara N4's mini-album.  According to Core Contents Media there will be 100 autographed albums by each member (400 in total).


T-ara will also be giving out 400 handwritten autographed albums to 400 people who will post proof shots of the album which they bought.  Not sure if this includes international fans but you can give it a try and mention Core Contents Media's official twitter account  at twitter.com/coremidas after you receive your album.


Check out the preorder links below~