Jeon Boram, "My mother also find some support to remarry.." A frank confession! 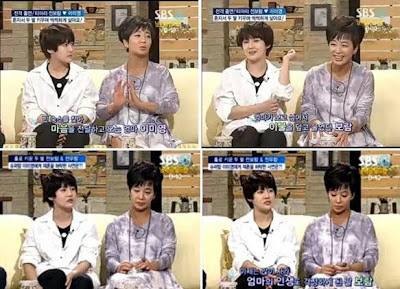 Jeon Boram told us her true feeling about her mother who's living in a 'DolSing'*life.
*DolSing = A word for a woman / man who's back to single after divorce.

Boram filmed the show
Posted by nearnine on June 11, 2010