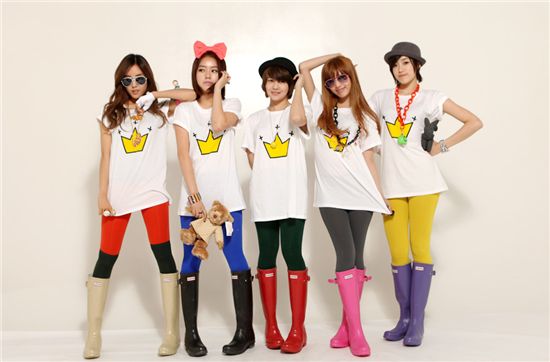 The online shopping mall, "T-aradotcom" ran by the group T-ara has surpassed 600 million won (499,200 USD) in profits since opening in February.

According to T-ara's agency, Core Contents Media, T-aradotcom has surpassed 500,000 views daily and has sprung up and became the 3rd most successful online shopping mall by an artist.

T-ara recently made-over their website to show their support for the World Cup soccer team. T-ara also announced that they were going to donate the proceed of the fans who supported the World Cup in South Africa this year by donating all the proceeds of the World Cup merchandise sold on the website to a charity for African children.

T-ara has been gaining more attention for activities recently with their trendy styling and exceptional pictures.