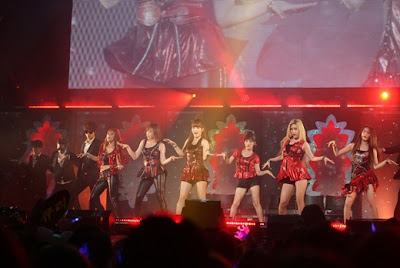 After the full press release which didn't really reveal the who situation, here comes Core Contents Media's CEO, Kim Kwangsoo and his short interview after announcing the termination of Hwayoung's contract.
♦ The press release is a bit vague. It seems to have actually inflated the controversy.
I can’t reveal everything. It’s the least amount of courtesy for the departing member. Please think carefully about who will be hurt if the truth is revealed.
♦ There were reports of bullying. Are the fights between the members a big reason in the departure?
No. The relationship between the members are not a big problem. In fact, once you take control of a team, small problems can erupt. The bigger problem is the hardships faced by the staff members.
♦ The problems with the staff was also in the official press release. What kind of problems existed?
I don’t want to go into detail, nor do I want to make personal attacks. But the staff were very tired after driving for the entire night and taking care of hair and makeup. There were several managers who cried, saying they wanted to quit. Although the artists are important, I believe that the sweat and tears of the staff are equally as important. I could not stand by watching this destruction of teamwork any longer.
♦ If you go into a little more detail, would that not quell the controversy?
There were so many issues, but I really do not want to shed light on any of them, so I am keeping quiet. There were many examples of yelling at the members and breaking down the teamwork. How would the T-ara members feel, who had trained for over three years? I hope this issue is not inflated any further, (Hwayoung) I hope she stays quiet.
Meanwhile, moments after the announcement, Hwayoung tweeted saying "Facts without Truth", a strong statement which I believe to be pertaining to the hidden reason behind her termination.