T-ara's Hyomin and Jiyeon will release their solo singles this Spring! 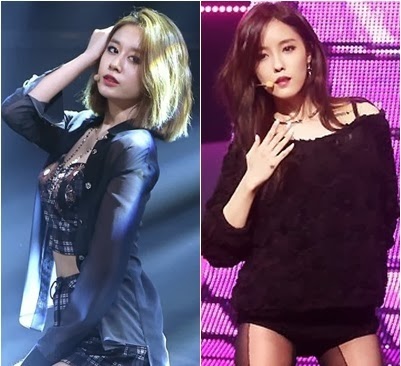 It has been only a few months since T-ara's last comeback but it already feels like it has been a long time. While waiting for the group's return, it's a good thing that Core Contents Media is preparing something for the fans, specially for Hyomin and Jiyeon's fans.
On March 10th, it has been revealed that T-ara's Hyomin and Jiyeon will both have solo promotions and release their solo singles.  They are considering promoting simultaneously, but also considering having Jiyeon promote in early April and Hyomin promote in early May.
According to CCM, Jiyeon will work with Double Sidekick to promote as an artist with a style similar to Sunmi while Brave Brothers will help Hyomin to debut as a singer with an opposite image from T-ara.  The company also stated, "In the group, the two members show excellent ability as artists and they will be able to attract a lot of attention and show those skills through a new genre and color for themselves".
The two are expected to showcase distinct personalities different from the traditional image of T-ara so be sure to stay tuned for this upcoming release.