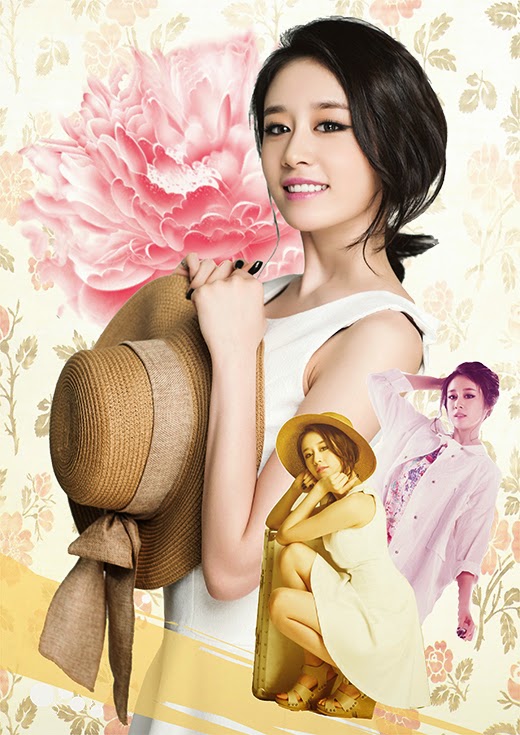 Time to get to know more about T-ara's Park JiYeon!

Here's her fun and entertaining interview from WStarNews. 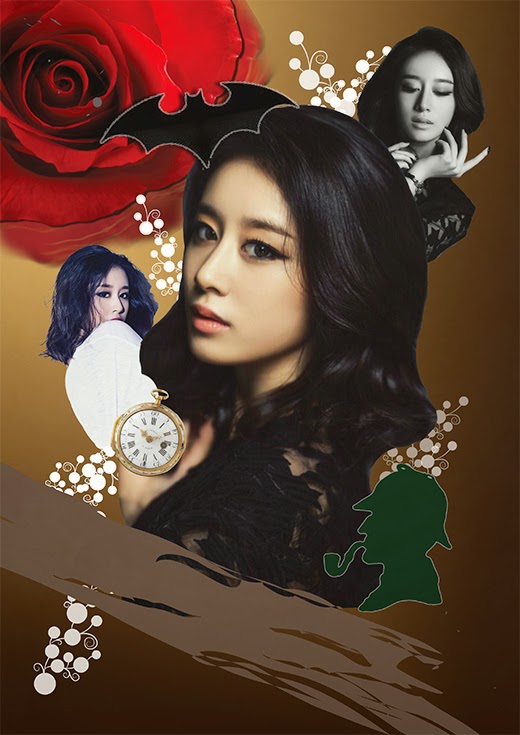 Q. Is there a genre that you want to challenge yourself with?
I want to do all kinds of genres. It seems that I have lots of greed (laughs)

Q. A preposterous teaser image, did you personally come up with that idea?
Our boss came up with it. It originally wasn’t the concept it is now. It was a mannish image without any skin exposure. However, we re-did the photoshoot again doing the image it is now.

Q. The teaser image became a big issue. It felt even sexier than a mini skirt.
I also was surprised as I saw the teaser image. I originally was wearing a skirt during the photoshoot but they later removed it with photoshop.(laughs). “a mini-skirt looks sexier”.

Q. As the choreography movements were advanced, it must have been tough when filming the music video.
For the video, I think I practiced and filmed it twice. We went to Misari and filmed it there. They said there shouldn’t be people around. 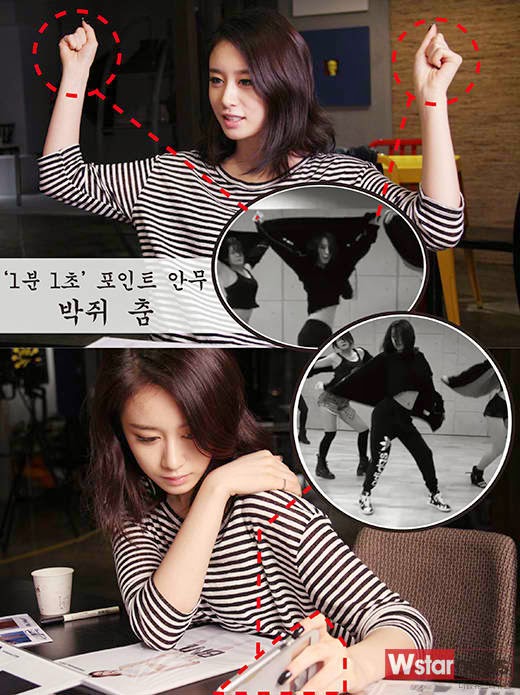 Q. How much did you practice the choreography?
I think I practiced it for two months. I like the choreography this time. “Did you watch it?” there is a movement that looks like we are spreading our wings. My waist hurt me so much since I had to put emphasis on the feminine line. (laughs)

Q. How did you feel when you listened to Secret Hyosung’s and G.Na’s songs?
First, the songs of the three of us, inlcuding me, are all different. I think it’s really a relief. When I listened to all three songs, I felt that my song was the most dream-like. G.Na unnie has a ‘Cute-sexy’ feeling to it. I even downloaded Hyosung unnie’s song and started listening to it everyday. I really like her song.


Q. As you are doing activities, is your muse still Lee Hyori.
Yes. She has lots of charisma and various outward sides to her on stage. I think Lee Hyori sunbaenim has always been my muse since I debut and until now.

Q. Is there an actor/actress you want to work with?
'Jungwoo'-ssi and Benedict Cumberbatch. First, I enjoyed watching 'Reply 1994' so much, and now I'm into Sherlock. (laughs)

Q. A character in a movie/drama that you want to challenge yourself to try out?
I enjoyed watching ‘Gossip Girl’ (laughs), but the movie that I want to do is ‘Sunny’. That kind of movie that is fun as well as touching. (laughs)

Q. A writer or director that you want to work with?
'You who come from the stars' and 'That winter the wind blows', I've only watched these two. I enjoyed 'The stars' so much! I think I'm still in love with it (laughs).

Q. Is there a line that you practiced
Jeon Jihyun sunbaenim’s “Swa~rry~” from ‘The stars’ (laughs), I try following along for fun (laughs). 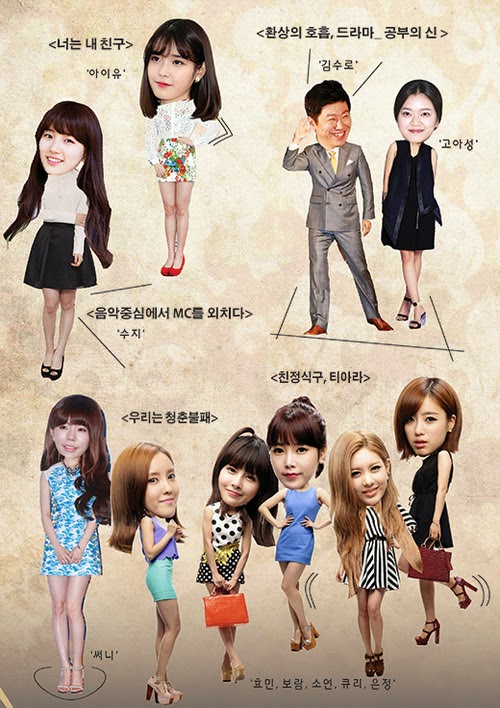 Q.Whom do you usually meet up with the most? Are you still BFs with IU?
We’re both a little easygoing and joke a lot. So I think we fit together even more. Since we both speak honestly, we don’t get hurt even when we talk firmly and straightforwardly to each other. When Jieun (IU) points out anything to me I would accept it rather than feel bad.

Q. Out of all what you had acted in before, is there any work that you feel sorry about and want to re-film?
For me, it’s ‘God of Study’. From what I remember, the atmosphere at the filming site back then was the best. Since all of the actors/actresses there were around the same age as mine, it was comfortable and fun.

Q. The actors/actresses you were especially close to
At that time, it was Go Ah Sung unnie, Hyunwoo, and I! Yoo Seungho oppa and Chanho oppa as well. I think all of us, 5, had so much fun together. Looking at it now, I was extremely chubby then. Since I had baby fat (laughs). 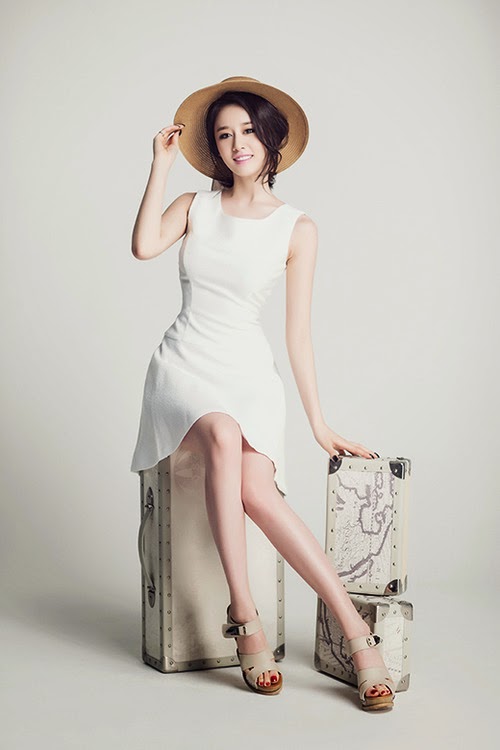 Q. The people you contact the most
I think it’s IU, Inyoung unnie, Ah sung unnie, Sunny unnie, and Suzy. All are easygoing and not coy (laughs). For Sunny unnie, she filmed ‘Invincible Youth’ with Hyomin unnie but we naturally got to know each other and grew closer. For Suzy, we got close as we MC-ed together (laughs). 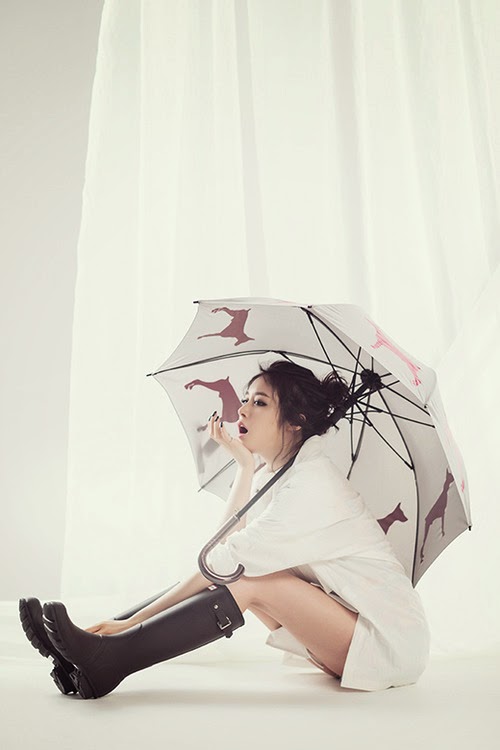 Q. The latest movie you watched
I just watched it. It was ‘Obsessed’! Wahahahahaha, I watched it at best quality. I watched it along with Eunjung unnie. The female lead is really attractive. Should I say that she’s fresh? I was really surprised (laughs), even in her stares, I think she had something that made her not look like a rookie (laughs).

Lately, I’m into Sherlock. Also, since I really like action movies I watched all of Jackie Chan’s movies just few days ago. It was really awesome (laughs) I want to try action acting as well. Or a lovable character (laughs).

I want to break the prejudice regarding my image. Everyone says I seem cold and look arrogant, but I’m not really scary. I’m not even cold. (laughs)) 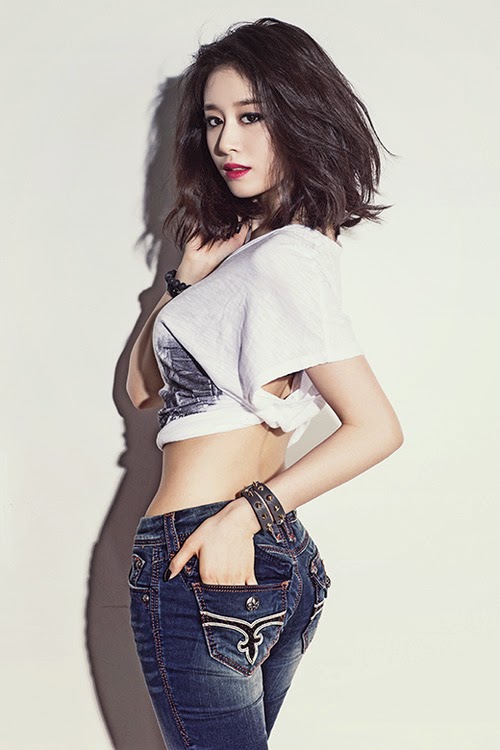 Q. The members referred in a previous interview saying “Although she’s the maknae she cares about others’ feelings the most”
Since I’m honest and speak straightforwardly, even when someone is doing their makeup, if it looks weird I’d tell them that it looks weird. I’m telling them this for their own good, but for people who are not familiar with me they’d keep it bottled up inside.

Q. You worked together with actor ‘Kim Soohyun’ in Dream High. What changed from now and then.
Back then, the filming was hectic, went so smoothly, and ended so early. Also, I didn’t know Kim Soohyun-ssi well back then. Now we go along so well (claps)(laughs) 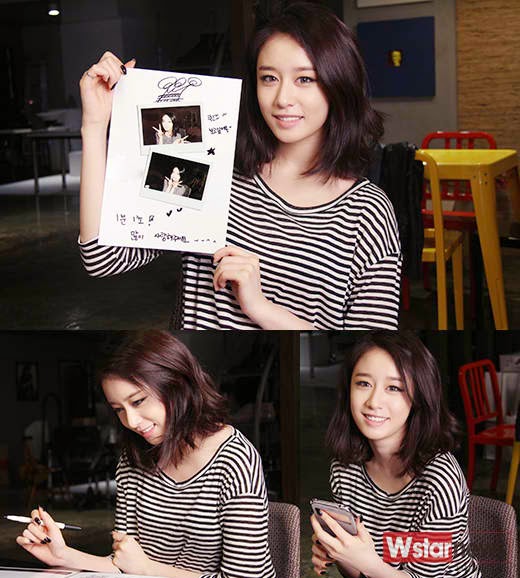