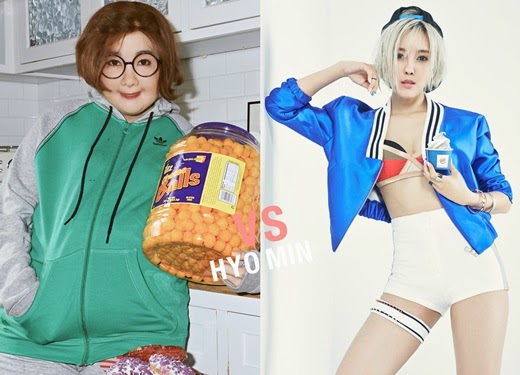 Well, Hyomin didn't really gained 200 pounds for her 'Nice Body' MV but she did through the help of special makeup effects.
Yes, were up for one funny music video as Core Contents Media revealed, "Hyomin likes to be comedic, so she will have both appearances in her music video for a fresh and funny music video." They also added that Hyomin was in special makeup for hours to get the "brand new look".
Meanwhile, as reported before, Hyomin will release two teaser videos prior to the official release of her album on July 2.  There will be 15+ version and a 19+ version but while waiting for that, you can check out Hyomin's amusing teaser photos first.