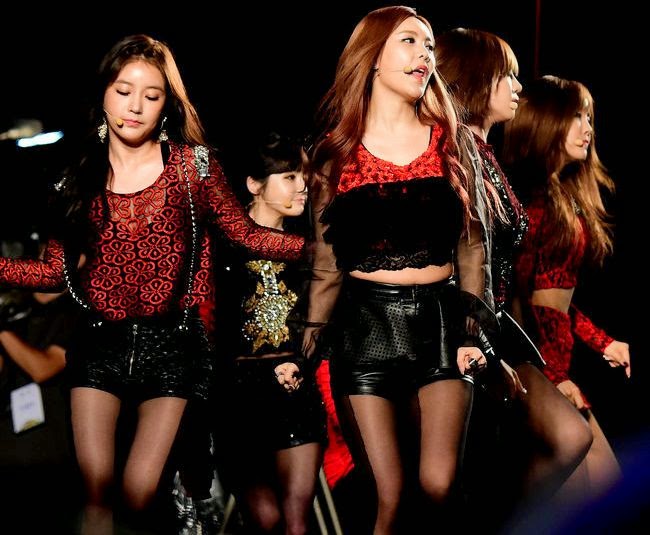 On the 23rd of June, South Korea's Soccer team was up against Algeria for the 2014 World Cup, and to show their support, artists and fans have gathered for SBS' World Cup Cheering Event.
T-ara was there to perform, and you can check out their next clip where you watch them perform 'Roly Poly', 'Lovey Dovey', and 'Number Nine'.

Meanwhile, the game between South Korea and Algeria has ended and it was Algeria who won with the score of 4 : 2.
*This is a different event from MTV the Show's World Cup Special
♦ Check out T-ara's photos from this event here
Posted by nearnine on June 23, 2014