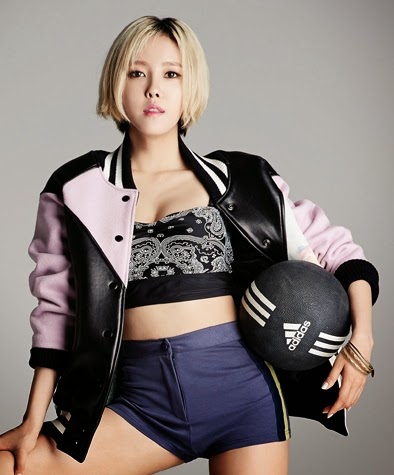 T-ara's Hyomin is here to reveal her secrets behind her nice body and more!
Check out her interview from Cosmopolitan magazine below. 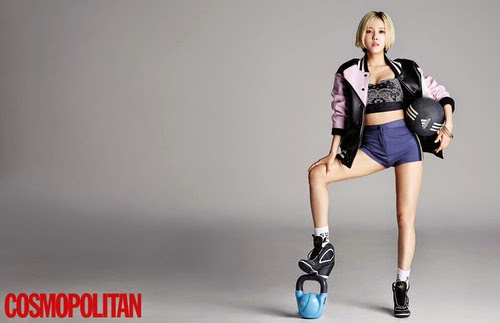 I think your body is much better than on TV. It seems that you originally have the body-built in which you don't gain weight.
Hyomin: I also used to think like that, but once, when I was a high school senior, I went on binges and gained 8kg. I thought that wasn't right, I made up my mind and changed my diet to cherry tomatoes and cucumbers for dinner. I also rope jumped 2,000 times every night. My diet history started since then.
Seeing Hyomin-ssi's Instagram, there were really lots of exercising photos.
Hyomin: After experiencing relieving stress through exercising I've become an exercise lover. I felt a different sense of accomplishment and refreshment than when on stage. At first, I exercised just because I wanted to sweat, but then I naturally developed some greed so I started receiving professional training and got interested in healthy lifestyle.
What meaning does a 'healthy life' have?
Hyomin: Before I started exercising, I used to be so conscious of my weight. I used to obsess over the loss and gain of a 1kg. However, after exercising I came to realize that the weight number on the scale wasn't of much importance. I don't care much about my weight on scale unless it's measuring my in-body, instead; I pay too much care everyday to my body reflection on the mirror. I also check out the change in my body through the feeling felt when wearing clothes.
How long did it take you to come to understand that? I think it definitely was not a short time.
Hyomin: While exercising, it took me quite a long time until I got to correct my bad eating habits. I originally like sweet, salty, and spicy food and used to live off snacks. Therefore, I tried out all kinds of short diets but their effect was just temporary. After that I tried to change my eating habits slowly and over a long period of time. Now, I am into low-salt food and staying as far as possible away from salty, spicy, and fried food. It's been 3 years since I've changed like this.
Is there any exercise you've been especially doing lately?
Hyomin: Crossfit! I actually needed exactly one month of preparation before I started this exercise. To make it short, I needed to make sure of myself. Also, I always did cross fit early in the morning worrying that I might give up later saying it's tiring. Because at night, I hang out a lot with my friends and would come back tired. Once I wake up I'd put in all my strength doing cross fit and then shower after that, when I do that I'd feel a confidence from deep in my heart that “What is it that I can't do after doing such a powerful exercise?”.
It was because of such amazing efforts that you, Hyomin-ssi, became known as a body-dol.
Hyomin: Actually, my life has changed to the better as I've been exercising. My insomnia has vanished away. It (exercising) has been a great help to my physical strength as well. Especially in escaping my slump! As you live, you might sometimes belittle yourself and experience the anxiety that 'Am I doing well?'. When that happens, hearing compliments such as “You're exercising hard” or “Your body is really nice” would make you feel a burst of self-confidence. You'll also feel happy. I think exercising is a hobby which you can healthily enjoy while getting credited for it by others.
At last, is there anything you want to say to the COSMO readers?
Hyomin: Before I started exercising, my fears that 'will I really be able to do this?' have considerablly gotten bigger. However, gain courage and try it first. It's certain that, just like me, you'll get bigger and will be able to feel the little enjoyment and happiness. You will also start loving your body. 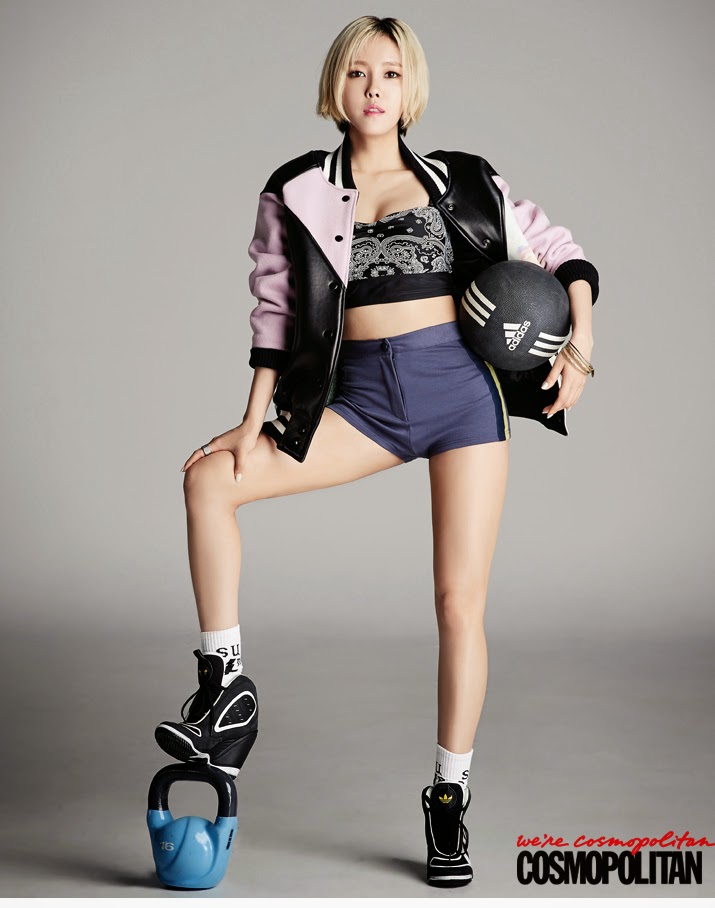