Check out Eunjung and Qri's cuts from jTBC's 'Witch Hunt' 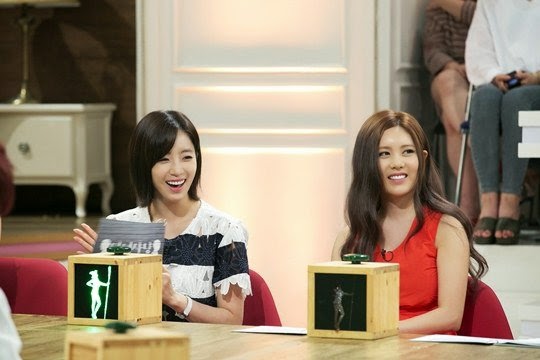 T-ara's Eunjung and Qri have come to grace the latest episode of jTBC's 'Witch Hunt'!
Check out their cuts from the show below.

♦ We'll Update This When Subbed Videos Are Available

The subject of this episode was show was "Although not objectively handsome, a man who is handsome in my eyes", and with regards to that, Eunjung expressed "If the man I love is a squid, I'll just become peanuts for him" which received a great response from the audience.  To add to that, Eunjung also said, "Please ask me out a lot" which could hint that she's open to dating.
While Qri also stated, "Actually, I turned 29 this year. I can discuss 19+ topics with ease, and I am also confident in 29+ discussions".

Also, Eunjung has already appeared on the show before and she revealed what her Father texted her after her appearance.  She shared the text from her saying, "I saw a new side of my daughter, my daughter is a lady now" which surprised the MCs to see how her father remained nonchalant, to that, Eunjung added, "My family is very liberal".