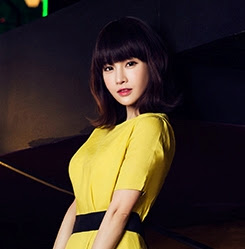 We're up for more of T-ara's BoRam for BNTnews!

It's her interview this time around, and you can check it out below. 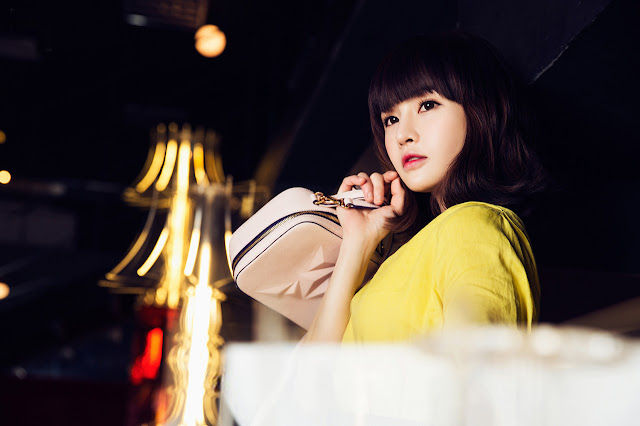 T-ara's cute jewel Boram who's always been hidden between the members of T-ARA, maybe because of her small height. She, who said it was her first time having a photoshoot of her own, was a little nervous; however, she was certainly full with anticipations.

We wanted to find the hidden side to Boram. Because she undeniably looks like a small lady on the outside, yet is is a full-fledged mature 'woman'.

In the first concept in which she's wearing a yellow dress, she looked like a girl who accidentally ended up on the red carpet of an award ceremony. With her cute, pretty, mysterious, doll-like appearance and her slender legs, she welcomed the wide world. 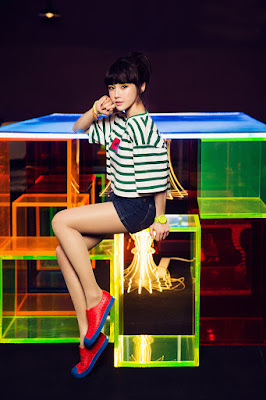 The second concept showcased her charms perfectly. She expressed the feeling of being on a trip to a small and adorable world, just like that of Alice In Wonderland. 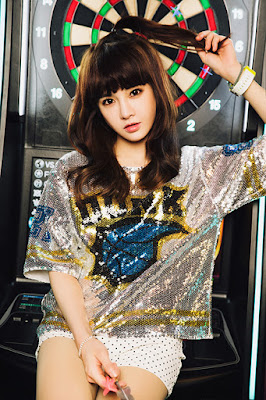 In the third concept near a dart game board, we can see Boram's facial expressions showing her enjoying herself. She delivered an unfamiliar yet interesting feeling. 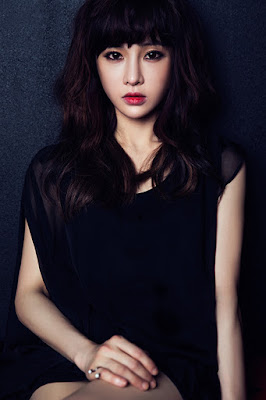 The last concept was the concept of a mature woman which Boram's never tried before. As she exuded the mature and womanly side that was hidden inside of her, we were able to discover a confident and elegant Boram.

During the interview, she couldn't hide her awkwardness when she said "During interviews, the members are always the ones who do (all the talk)…I'm not sure what am I supposed to say."

Soon enough, she started telling her own stories in a relaxed and composed manner. Saying that it is her role to work harder, that she should go forward slowly without being greedy.

BoRam: I always did (phoot)shoots with the members. The other members have had lots of photoshoots by themselves. Jiyeon and Eunjung had BNT photoshoots as well. When I received the photoshoot offer, I insisted that I wanted to do it.

• How does it feel now that you did it

BoRam: It's a completely new experience to me. I had no idea about anything but it was really fun. If I get to have such an opportunity again, I think I'd be less unexperienced than now. I actually had a fixed thought. I thought that if a certain concept doesn't suit me, then it will never look good on me no matter what. But now that I got to try different concepts, it's really fun.

• You're 30 years old now. Now you must have grown sick of being called 'baby-face'

BoRam: No. I want to hear it until the day I die. (Laughs)

• Don't you have any complexes about your height?

BoRam: I've already grown too resolute about it. I'm just a 'small child'. Rather than changing this image, I want to upgrade to a better image instead. I like eating and I eat well, but my height still can't be helped.

• You're holding activities in China right now, it is said that you're popular over there

BoRam: We're preparing for a China tour concert with Nanjing as a start. They liked us better than we thought. It's amazing. 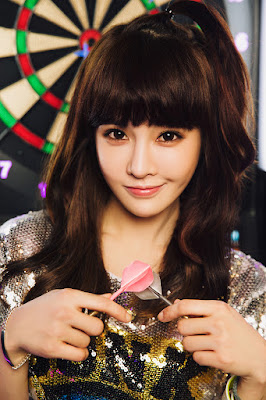 • There was a period of time in which it was hard for you to promote in Korea due to a group conflict. How is it now?

BoRam: I think things are getting better with time. Between ourselves, we are determined to work hard before thinking of this and that. We tell ourselves to work hard wherever we are.

BoRam: Not at all. We're afraid that if we think that way we might get trapped in our own beliefs become close-minded, so we are just determined to work harder.

• The members must have grown closer with each other

BoRam: We've always been close. Rather than growing close because of that matter, we're telling ourselves to persistently walk forward while showing a good side to us and without making the people around us worry.

• Your younger sister is an idol as well (D-unit Ram). Do you have a good relationship.

BoRam: Usually, when siblings are only a year apart, they'd fight a lot. It actually hasn't been long since our relationship's gotten better. Now we're closer than ever. I feel a little bad for my sister. She's a rookie yet isn't having much activities, so she's having a hard time. I also went through the same so I feel sorry for her. Nevertheless, it's a relief that we can relate to each other and share our feelings.

• Did you inherit your talents from your parents 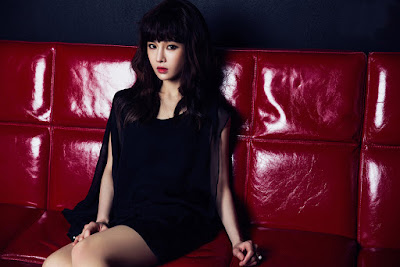 BoRam: I did at my father's 40th anniversary concert. I was almost not able to go as it was overlapping with our Hong Kong schedule, but it's been a relief. I went together with my members, my father was really happy. I was grateful too. I didn't have anything to do for my father as his daughter before, but I was really happy that I got to make him happy like this, it felt new.

• Were your celebrity parents against the idea of you becoming a singer at first?

BoRam: They were surprised. They said they thought I wouldn't work in the entertainment industry. Because they know how my personality is. I, too, never knew I'd do this job. It's not that I never had any interests before, but my case, my dreams have grew bigger as I worked in this job.

• Were your parents of great help to you ?

BoRam: People think that “Since her parents are celebrities, she must have learnt a lot from them.” Honestly, I didn't learn anything from them. They instead advise me dispassionately and precisely. They once talked to me so coldly that I cried.

BoRam: I am more mature than I look like. Seeing how I look like, people would think that I'm young on the inside as well. When I'm with the members too I'd often hear that “Jiyeon is younger than you but she's more mature,” but I think it's a prejudice. I certainly have something to offer as an unnie.

• You must be like a family now (referring to T-ara)

BoRam: I see them more often than my family. I'm originally not the type to become close with people. However, I feel that I'm very close with our members. I'm very shy around strangers but seeing how close I'm grown with the members, even I find it surprising.

• Do you go for a drink with members

• What about your solo plans?

BoRam: What solo… the younger members are doing a great job. But it's not that all of the members have to go solo. What should I say. Shall I say that I know my distance. It's not that I don't have any greed, it's just that I don't think it's time yet. I think that I have to improve better first.

BoRam: For acting, I really want to do it. I filmed a web-drama a while ago, and it was really fun. I don't know much (about acting), so I think a lot that I want to learn it and that I want to do it. My mom said this since she's an actress. That for acting, rather than learning it, the knowledge you gain from experiencing it in real life is better. I somehow know how that feels like. 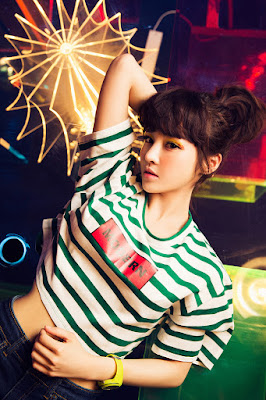 BoRam: Right now, I have no interests at all. Sometimes I wonder if I'm a little strange. The members say that it feels lonely but it's just troublesome for me (to date) now. It doesn't necessarily have to be a man, I feel happier hanging out with my friends and with the members.

• What is your ideal type

BoRam: Once more, I think I'm really strange. I don't have an ideal type either. Unless you tell me to specifically pick someone.

BoRam: Yoo Hae-jin sunbae-nim. I like the relaxed and easy-to-talk-to feel to him. My standards for outer looks have already disappeared.

• What is your current worry?

BoRam: I want to try different things but there's some restrictions. Escpecially since I'm the older one but I haven't shown anything yet, so I think that I'm doing nothing but growing older, I experience such thoughts a lot these times. Will this be my first time having a personal photoshoot if otherwise. I hope that I quickly get more opportunities.

BoRam: We're planning to focus on an Asia tour including China. Also, the web-drama starring the 6-memebrs is on its way to finishing. You'll be able to watch it soon. We'll release an album this year as well. This period of time seems to be staying still, but we're just planning to work hard. We will do our best, I hope you can look on us positively.
See Also: More of BoRam's pictures from BNT here
Credits:
BNTNews,FYT-ara
Posted by nearnine on June 26, 2015