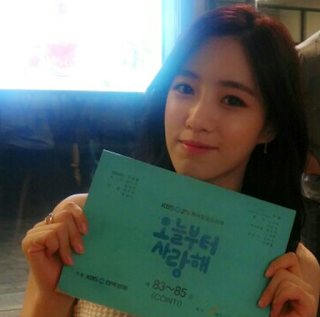 T-ara's EunJung is returning to the small screen through KBS' drama titled 'I Love You From Today' which started airing last April.
On July 20, MBK Entertainment revealed that EunJung will appear in the drama as Min Chae Won, am OB-GYN doctor who is honest and fresh and is incredibly confident.   EunJung's character will be a key figure in the second half of the drama.

She finished her first filming last July 18th, and you can see her holding her script below.

Additionally, EunJung also expressed, "I'm happy and it feels different. I play an important role in the second half of the drama, so I want to film hard to show a good side." 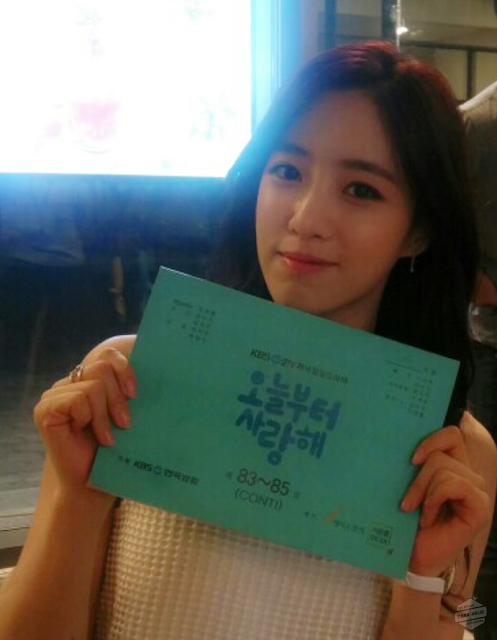