Home » T-Ara » T-ara shared their thoughts about their comeback, malicious comments, and more in their interview with Newsen

T-ara shared their thoughts about their comeback, malicious comments, and more in their interview with Newsen 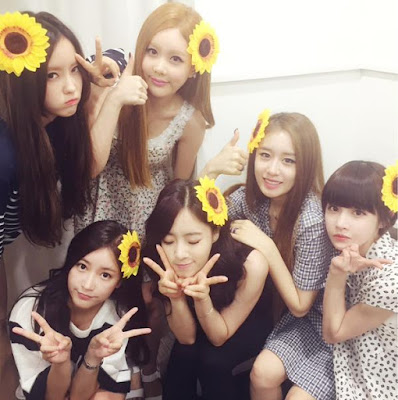 On August 7th, T-ara had a quick interview with Newsen at Music Bank's waiting room.


They talked about their first group collaboration with Brave Brothers, how they deal with malicious comments, and more.  Have a good read below. 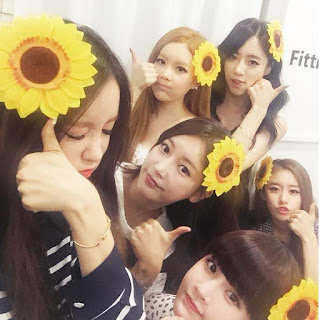 T-ARA have released their 11th mini album ‘So Good’ on the 3rd of August and started their promotions with their title track ‘So Crazy’. ‘So Crazy’, being composed and written by Brave Brothers and Galactika, is a funky dance song with an outstanding brass sound. They aspire to captivate the public with such exciting music that’s enough to cool off the summer heat.

We met with T-ARA on the 7th at the waiting room of a music show, they revealed their thoughts on having a Korean comeback for the first time in a while. Eunjung opened up first saying “Actually, as we were having Chinese activities, we wanted to create more chances for us to meet our Korean fans and so ended up having a comeback. We didn’t prepare long enough for these activities so we’re very stressed and nervous. As you know, we’re having a comeback along with eminent seniors which makes us very nervous. Nevertheless, (people) showed us more interests than we expected so we’re very happy, nervous, and fluttered.”

Regarding their first work with Brave Brothers, Soyeon explained “First, the song is very good. I guess T-ARA are definitely blessed with music. Beside Hyomin’s solo album and personal project album, this is our first time working with Brave Brothers. I think this song is meant for us. It went to other groups and came back to us again. It suits our colour well.” Eunjung added “It has Brave Brother’s own colour to it combined with our own retro sounds, which allowed us to showcase our own colour so it’s great.”

Due to a scandal surrounding a member’s withdrawal from the group, T-ARA couldn’t free themselves from malicious comments. They reflected enough upon their mistakes and promised to make up for it through devoting themselves and working harder; however, they revealed that it was hard for them to put up with malicious comments directed at their families.

Eunjung said “Actually, we even considered taking legal actions. However, it’s laughable for us to say we’re suing people now after it’s already too late. That’s because there were times where they actually were too severe. Rather than saying we overcame malicious comments, we just think that they’re not worth putting up with.” She continued, “When we think that we should locate keyboard warriors and sue them, we think of our families seeing (those comments). Whenever we feel that we need a solution for this, we start thinking of our families. For us, we can filter out (the comments) to some point; however, our families can’t, so we thought it over and over.”

Later, Eunjung said “We became immune by our own. We grew used to it since few years have passed. Although we do get hurt…” Soyeon confessed, “We still get hurt all the same. In the past and now, we didn’t change. We’ve been patient all along, but when we see our families getting hurt by it, we start considering seeking for legal help just like other celebrities. We are being tolerant up till now. Our hearts still hurt at the malicious comments that are too absurd.”

Regarding what goal do T-ARA want to reach in this time’s activities, Soyeon explained “Actually, the song is such a waste. We are worried that this song will not receive love due to the several handicaps of ours. We were given many good songs that could’ve received enough love have they been released in the past during the time we used to receive to much interests and love, we are worried that our song will not receive love. I wish people can put away their bias(/prejudice) and like the song.” Eunjung revealed her wishes saying “Because we are a group that have been hearing people say ‘T-ARA’s songs are really good’ all throughout that time, we want to hear such words again this time regardless of any handicap.”

Eunjung said “Of course, we do have the greed to win no.1. We wish we can just get into top 10.” Soyeon revealed “It’s hard for girl groups to have high music chart entries. Our song debuted at 39 in the charts, we were so happy and screaming just by that alone. It’s extremely hard for a new song to enter top 100 in the charts lately. We released an album in Korea for the first time in a while, we’re happy and excited just but this alone. Of course, it’s great if we can receive more love. I think we should put in more efforts.” 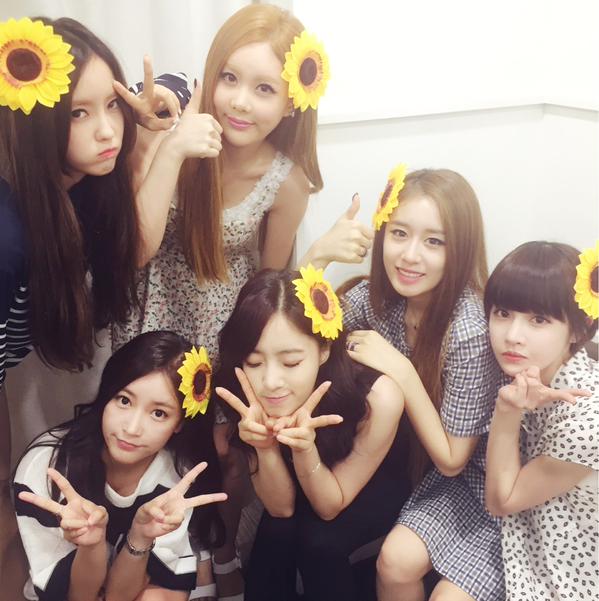