Home » BNT » Hyomin » T-ara HyoMin talks about acting, the Boy group she likes, and more, in her BNT pictorial

T-ara HyoMin talks about acting, the Boy group she likes, and more, in her BNT pictorial 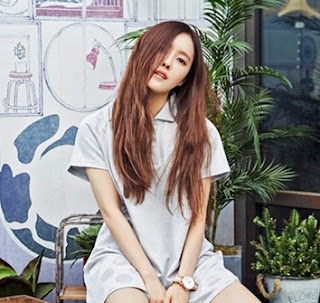 Time to check out HyoMin's interview from BNT after seeing the gorgeous pictures and making film from her pictorial. 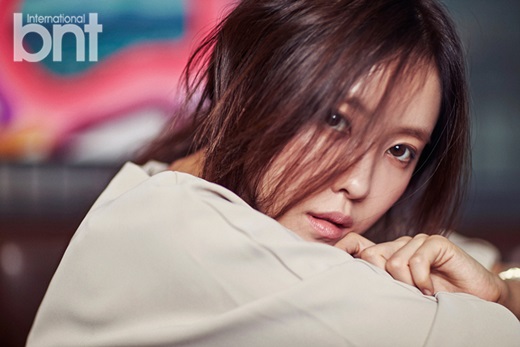 ♦
Hyomin was an expert during the interview. If we tell her to talk about one topic, she would end up talking about two.

Hyomin, whom we met when autumn is just around the corner, was showing a somewhat more mature look. When the shooting started, she looked very passionate and delicate.

Throughout the interview, she listened carefully to every single question to not miss any, and then quietly answered us with her thoughts. T-ARA’s Hyomin, who’s 27 and on her 7th year in an idol group, said she has many things that she wants to show. 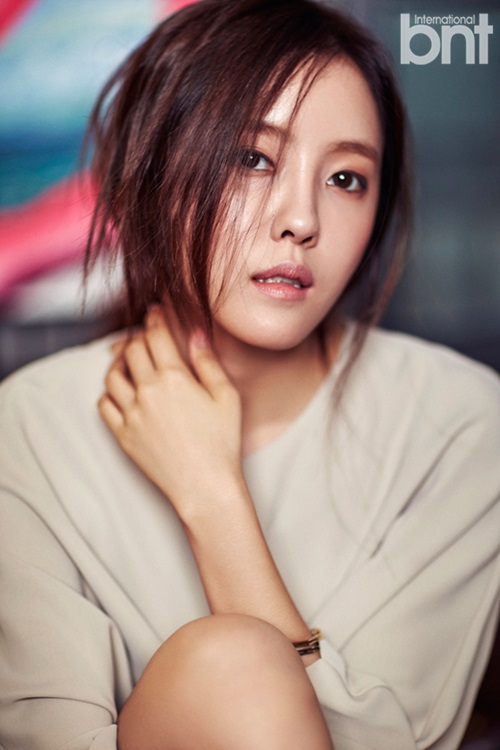 Q. This is our second time meeting. How was the photoshoot today?


♦ Check out HyoMin's pictures from her 1st pictorial here
HyoMin: Last year we had a studio shooting, but today I got to have an outdoor shooting like this so it’s great. I developed more greed than one year ago and developed more opinions on what concepts do I want, I also got to participate more.

Q. Amongst what’s being said about your latest album, I remember a comment saying “old-days T-ARA is back.” What do you think?

HyoMin: T-ARA has showed many songs and many different performances; however, our fans and many other people seem to prefer cheerful songs more. After Roly Poly, this is our first time singing on stage while smiling heartily. It’s also because our fans cheered on us a lot, probably because it’s our first group comeback in a while. (laughs).

HyoMin: When we were rookies, we actually just followed what our boss told us to do. Unlike other stages, when ours is tacky, it’s usually quite tacky, isn’t it? hahaha. We really did many concepts, but in the past, we just wanted to have our own colour and wished that people can distinguish us. However, we started thinking differently; our stages always have different colours and being able to digest these colours in a T-ara-ish way can be something that we develop ourselves. During Bo Peep Bo Peep we were embarrassed and were too shy to come out of our waiting room in music shows, but in Roly Poly we instead exchanged our opinions on how can we look more old-fashioned and how can we adapt (to the concept) better.

Q. Out of the many albums and many songs you released, you must have a favourite one.

HyoMin: Um…no matter what, it has to be our most loved song. Roly Poly is the song that received the most love, it’s also the song that made us feel a sense of responsibility. 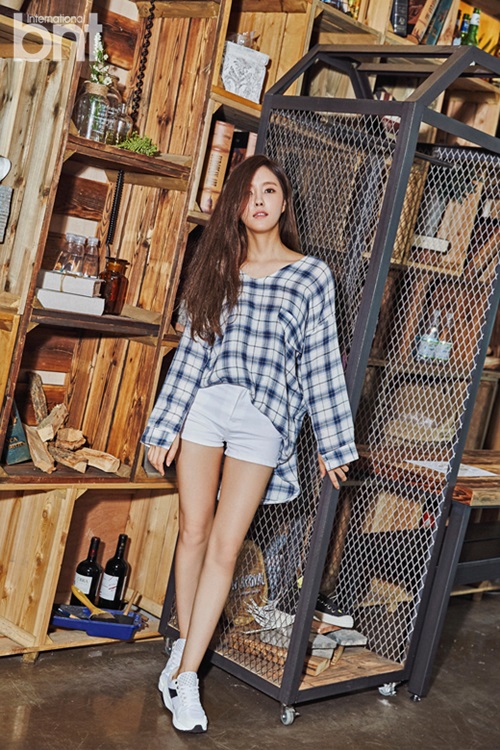 Q. How many years has it been since your debut? There really were so many happenings. You must have gained a lot of things as well, of course.

HyoMin: Um…It’s already our 7th year since debut. Woah…! Even before debuting, there were so many changes, and as we were preparing to debut as an idol group, we became more eager about performing and our dreams became bigger. I became a singer after entering University, and the first stage I performed before debuting as T-ARA was during our college festival next to seniors like Wonder Girls and SNSD. Back then I realised that I have to go up on stage and sing. And later I got to promote in T-ARA alongside other seniors. To look back, there really were so many happenings. Of course, there were things that happened due to our lackings too…What we gained is getting to realise many things. Amongst them is that we have got to do better, but the biggest (gain) is when we can look back to ourselves and introspect.

Q. There are really many Hoobaes appearing. How do you feel looking at your Hoobaes lately?

HyoMin: They’re all skilled and goodlooking. When we monitor them on screen in our waiting room, there are times where we, the members, would go “Woah, they’re really good” with our jaws dropped. (Laughs). 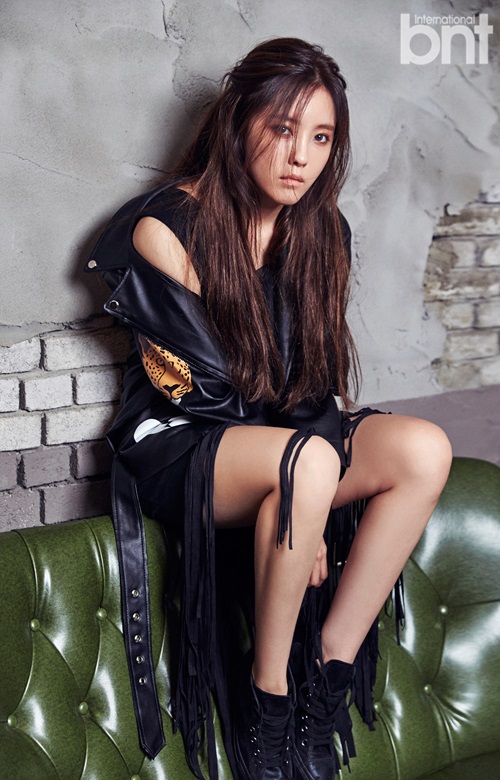 Q. Are there any groups you’ve been noticing lately?

HyoMin: There are so many…Mamamoo’s dymanic and powerful performances are really good. Red Velvet are pretty too.

Q. Ayy, what about boy groups?

HyoMin: (Laughs) B1A4 for me. At first, I got to listen to one of their songs by coincidence but I really liked it so I looked up their album and ended up listening to all of their songs. I also watched their stages and they were great.

Q. Shall we talk about you? You used to have acting activities before but you rarely do lately.

HyoMin: I am waiting. Um…I want to learn acting more and learn it the right way so that I can show it to you properly. To save up (my acting skills) so that I can show them to you all at once later. I lately really want to do acting the proper way. I showed my acting in many works before but I can’t say that I have affection and attachments for them. Because the public are the ones to judge. When I get the chance to focus solely on acting, I want to learn more and then express things after feeling them deeply myself. At the end, I just have to work harder and do better.

Q. When you were having your solo activities, you showed a new side to yourself. When is your next album?

HyoMin: I want to come out with a new different solo album as well. Rather than ridding (myself) of T-ARA, should I say redeeming (myself)? I want to show a new side to me that I couldn’t show in T-ARA. Let it be Hip Hop, rhythmical music, or sticky groove.

Q. When we search T-ARA Hyomin, there are few related search words appearing. The first one is ‘diet’. It’s as much of a hot topic as SNSD’s diet.

HyoMin: That diet was revealed in the program Tiffany emcees, back then Tiffany teased me saying “You don’t really eat like that.” We’re very close so we meet up a lot. I don’t really go on that diet everyday. I can never do that. I focused on that diet whenever I needed to keep fit when preparing for an album or before filming a new drama in the past. I go through it 2~3 times a year? 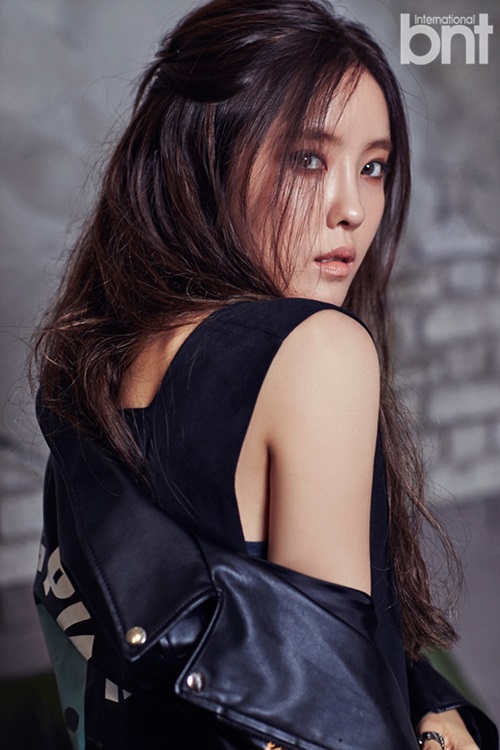 Q. You have the slim body line that everybody wants, is there an exercising method or a certain exercise that you do?

HyoMin: I really like exercising. I consistently do exercises, cross-fit, and flying yoga. I like moving so much that I actually spent the entire day in the gym for once. I’m lately into skin scuba, I want to exercise it more and then quickly try it outdoors.

Q. What appears next is ‘Style’. Your casual fashion is a hot topic. Can you share your know-how to dressing well?

I’m not as interested in clothes as I appear to be. People might get surprised hearing this, but the people in my surroundings know that well. I just wear what I usually wear, and I don’t buy many clothes. I just wear clothes that I receive as a gift or any clothes that I find, and only buy the things that I think are really pretty or that I really have to buy. I don’t really focus on the trend and buy new clothes every time. I like wearing the clothes that I already have after reforming them and also wearing my mom’s old clothes. 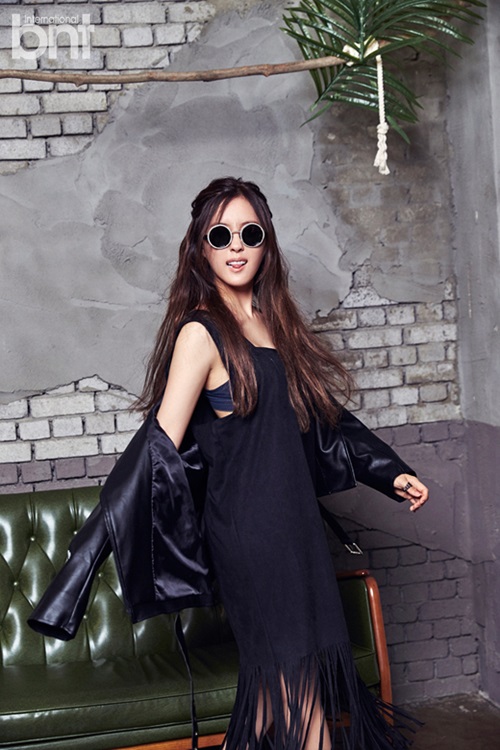 Q. There is a word that doesn’t appear in the related search words as well. It’s ‘scandal’. You must have dated well without getting caught, right?

HyoMin: I think it changes as I grow older. However, I like warm people.

Q. If you were to pick one amongst celebrities?

Q. What do you do when you don’t have schedules?

HyoMin: I think I just the spend time by myself. Reading books and going to watch movies, I also go for a daytime drink with my friends sometimes.

Q. This is surprising? You’re a good drinker??

HyoMin: I don’t drink a lot, but I like the atmosphere of drinking while having friendly chats.

Q. The last movie you watched?

Assassination. I really had fun watching it.

Q. Music you frequently listen to?

HyoMin: Although I like bright and fun music too, I listen to acoustic and modern rock genres the most. There are many singers and albums that I listen to without necessarily knowing them. I get to listen to their songs by chance and then end up really liking them so I look them up and continue listening to them. I also listen to movie OSTs a lot.

HyoMin: Rather than being greedy, we naturally have to show more efforts. We want to do our best in what we’re good at and continuously work hard, we want to show the public that side to us. Showing good stages and being careful and thoughtful instead of talking a lot would be the best. 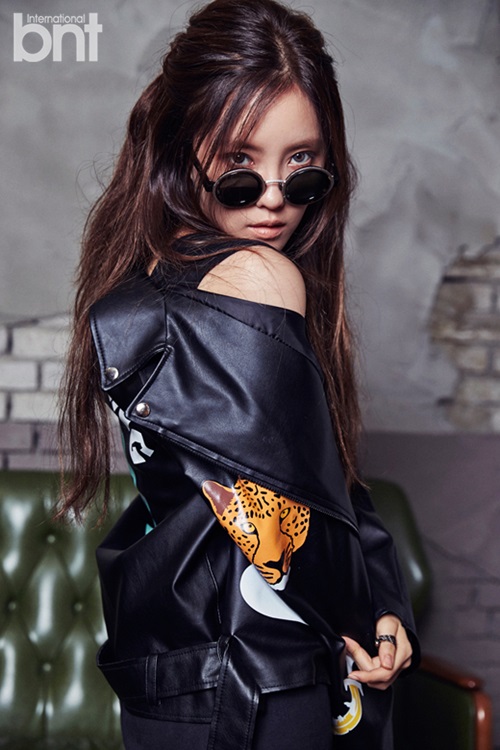