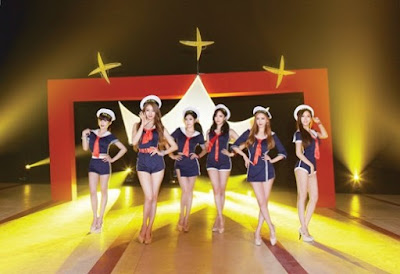 It's another fun and crazy Friday as T-ara was out to perform at Asia Music Network's Showcase which is part of the DMC Festival.
Check out their next clip where you can see them perform 'Number Nine', 'Roly Poly', 'So Crazy', and 'Stick With U'.

HyoMin's not here because she's now in Pittsburgh for her opening pitch.


During their interview, T-ara shared, "G-Friend mentioned that they're fans of us but we are bigger fans of them. When we see them, we are envious; they are so pretty and they work so hard. We really admire them. We sometimes think how we could have increased our appeal like them when we were a rookie group," and joked, "When we meet them in the hallway it's like we're in a 'some' (ambiguous) relationship."
They ended it with a compliment saying, "We can really see that they put their all into their idol lives. They're very pretty. As their seniors, we don't have anything else to say to them."
Credits:
Akp
Posted by nearnine on September 11, 2015