SoYeon talked about T-ara's plans, acting, her dream, and more in her BNT interview 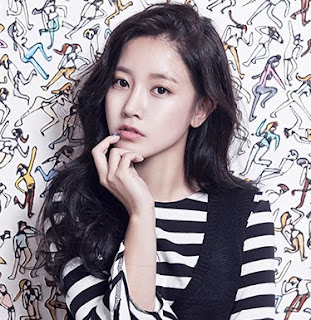 
After seeing her behind the scene clip, and pictures, you can now read SoYeon's fun interview below. 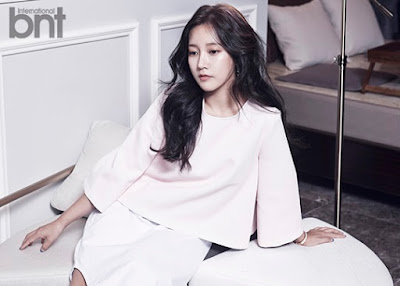 7 years ago, an extraordinary girl group had debuted. Girl group T-ARA in which each member has her unique charms, and when they unite, they release off a great energy, showing a perfect image.

T-ARA who are on their 7th year since debut, after wrapping up their 'So Crazy' album, they started their overseas activities such as in China and Japan and showed a professional side to them. Between the 6 members, there's Soyeon who catches attention with her talent and beautiful looks and is said to have so much love for her fans and regards them as family.

A warm autumn, she expressed a girl laying down restless in a cosy sofa. Later, she put on a two-tone dress and showed a goddess-like image. For the third concept, she matched a frilly striped t-shirt with a one-piece dress, emphasising on her feminine beauty. For the last concept, she wore a short miniskirt, showing her beautiful legs, and a flight jacket, perfecting the chick image and autumn fashion.

Soyeon thinks that there's aways something regretable after each concert. However, in contrast to Soyeon's image on stage, she answered the interview with deep thoughts and in a clear and cautious tone.

Q. On your 7th year since debut, yet this is your first individual photoshoot.

I personally have so much interests in fashion so I enjoy checking out pictorials, I also checked out BNT pictorials a lot before. (The photoshoot) was really fun, and I really liked all of the concepts. However, since our debut days, people around me used to always tell me that heavy makeup doesn't suit me, our CEO too always hated my heavy makeup look (laughs). That's why I tried it out this time as it's my first solo photoshoot, and it actually wasn't as bad as I thought. I had fun today.

Q. The members you're always with aren't here right now. How does it feel to be alone.

T-ara have showed various concepts, and we're used to dividing the images (amongst ourselves) in each concept. So it somewhat feels automatous; however, in today's photoshoot I had to digest each concept by my own so I tried my best to deliver each feeling well. 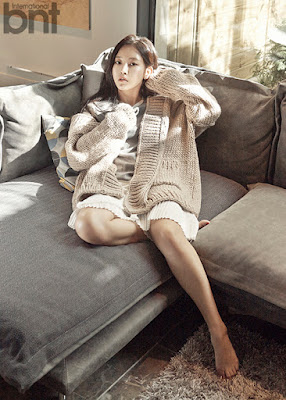 Q. You tried your best (in the photoshoot).

I recalled in my head my favourite models' poses and facial expressions in their pictures and then tried to imitate them, but I'm not sure if I did well. (laughs).

Q. Soyeon, (talk about) your debut in T-ARA.

I was the last member to join the team a month before the group's debut. I actually was a trainee in SM Entertainment for 4 years and then later on ended up debuting in T-ara. 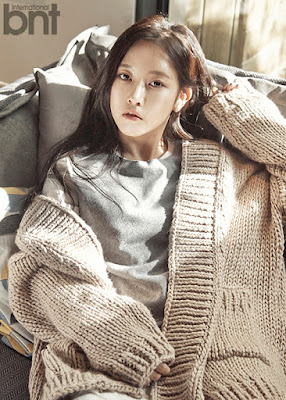 Q. What are T-ARA doing recently.

We officially started our China promotions since early October. We luckily met a good Chinese agency there and started showing our Chinese fans various sides to us. We also started reorganising our Japanese activities that were halted for about a year and a half. But for now, we will keep going forward with our Chinese activities first.

Q. What are you specific plans for China, Japan, etc.

A while ago, we wrapped up our 'So Crazy' promotions in Korea, and now we finished recording for the Chinese version of our 'So Crazy' album. We're recently proceeding with our China tour. For Japan, rather that releasing an album this year, we are planning to greet our fans there through fan-meetings first.

The T-ara concert that we planned in 2012 didn't happen. It was really upsetting for both us and our fans. After that, we didn't get the chance to hold any concerts in Korea and so held concerts in China and Japan instead. We held our first Korean solo concert in December 2014, it was definitely a remarkable one. Although it wasn't a big-scale concert, we started it out thinking that we should impress our fans, but at the end it was us who were impressed by our fans. (laughs).

Q. T-ara after a concert?

We want to show a good side to us to the fans who made time and bought tickets just for us. We prepare hard every time, but there's always an unsatisfactory part (to each concert), so it's always regrettable. 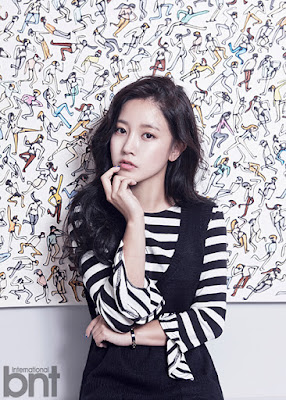 Q. On your 7th year since debut, age is an obstacle to idols. You might feel rushed as well.

I'm turning 30 years old soon. It's not a small age, but I somewhat feel insensitive about it. T-ARA are on the 7th year since debut, yet I haven't been able to try many things outside of T-ARA. People who appear on TV are still like celebrities to me. It's fascinating (laughs).

Q. What about your girl group Hoobaes.

Gfriend who are promoting right now are a group I like and favour. They approached and greeted us first, so I'm thankful and overwhelmed.

Q. You appeared as the female lead in the web-drama 'Sweet Temptations' on 5th of October.

The day it was first released, 5th of October, was my birthday. Our CEO said that it's a birthday event for me but there wasn't much reaction (laughs). It was a huge burden on me, probably because of the lack of preparations. 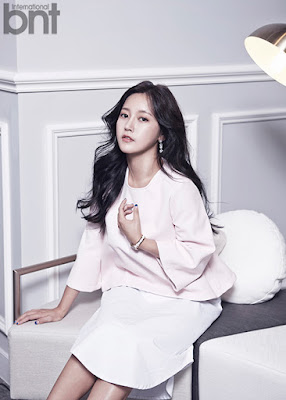 I was a Theatre and Film student, and it remained the same in both my previous and current companies. I was casted in Haeundae Lovers in 2012 but was unfortunately dropped, so it was an unfortunate project. I will work harder on acting in the future.

Q. You rarely have any opportunities within your team as well.

Q. Soyeon who's thirsty for acting.

I really want to do acting, I'm hungry for it, so I'm fine with any role. Rather than being obsessed over the role, I just want to do acting for a long time. Whatever role it is, I think being able to digest that character accurately is what's the most important. I might become more flexible when time passes and my acting skills improve, but for now I can do well as long as I'm given the opportunity. 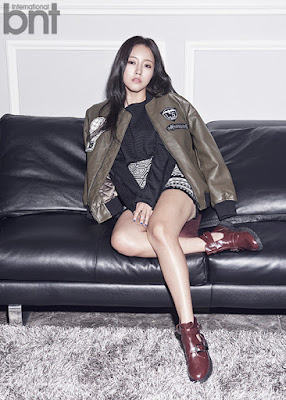 I was always the class president when I was a student. (laughs). I used to represent my friends and talk on their behalf and I enjoyed being righteous, I also have memories of being hurt back then, but the teachers favoured me. For now, I became more shy around strangers and I can no longer bring myself to (openly) say that I 'like' (somebody) or find them 'pretty'.

Except for my days off, I rarely ever go out. Different than how I appear like, I actually can't drink alcohol at all. And since I'm an only-child, I'm like friends with my mom. I also hang out often with my aunts and go shopping or watch movies together. I raise puppies at home as well, Totoro and Sodong.

Q. Any exercise that you find yourself more interested in as time passes?

I have more older people in my surroundings compared to juniors and colleagues, and having turned 29 recently, I started thinking more about lots of things. That's why I've been considering exercising since 10 months ago. Seeing people who exercise even though they're having it as hard as I am, they always seem energetic and positive, and so I started Pilates and ballet to improve my posture.

Q. What effect do you see?

I saw a huge effect in my diet and posture. Especially after fixing my posture, whenever I monitor videos (of myself), I can find a big difference compared to before. Also, I became more photogenic (laughs). 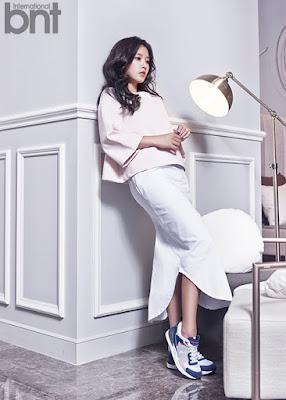 Q. 30s are approaching, it's a time suitable for marriage.

My fantasies about marriage and dating were big when I was 20~21 years old. However, as time passes by, I come to like my job more. As long as I have someone I love then I can get married at any time, but I believe that marriage is not something that can be done with just two people, it's something by which the two families become one. For now, I have no marriage plans nor do I have the leisure to do so. Also, I haven't achieved my dream yet.

Q. What is your dream?

I received lots of love while being in T-ARA but I yet haven't found myself in acting which was my dream since I was young. For now, T-ara is more important to me than Soyeon. And for marriage, I have got to do it soon too but I want to achieve my dream in the next 10 years first. Work is good for now.

Q. Do you have any troubles with the members.

I'm originally calm and quite when alone. However, the cheerful atmosphere when I'm together with the members makes me unconsciously grow more cheerful as well. That's why we don't have any disagreements. Even if we do, we always decided on stuff through rock-paper-scissor since our debut. We use it to make even more important decisions as well. (laughs).

Q. If you do that, it might linger in your minds.

That's why rock-paper-scissor is good. Since it's me who lost, then I have to bear with it, we're not supposed to hold any grudges.

Q. Amongst T-ARA's long-time fans, one posted the following “I used to go see them all the time but now it feels like I became an obligatory fan.”

There are things I can't talk about even amongst my family, things that I can't talk about at all, and things that I can't explain fully with words. These things can cause many misunderstanding, but I believe that as long as you wait and have faith then a day where we can open up to each other will definitely come. Because T-ara are growing more affectionate for the fans, and not out of obligation. 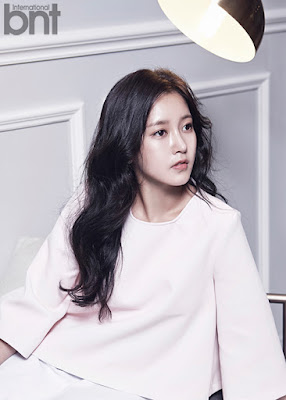 To me, work is the most important. The things I'm doing right now, they wouldn't have been achieved without our fans. That's why I think our fans are the most important and precious. You're more than family to me, so I sincerely wish that you believe in me. I believe that if you trust me and wait, a day where I can repay you will come.

Q. Hardworking T-ARA, what is T-ARA to Soyeon.

T-ARA are my existence. When promoting in T-ara, there are countless efforts and worries. Of course, since we're a team, the six of us each has her share of responsibility and endurance, but that's not an easy thing.

Q. The T-ARA image that you want to show to the public?

Rather than the image of us that's shown through the TV, you will get to feel our charms better when you see our natural selves instead. I hope that people view us without any prejudice or bias.

Q. Your resolutions and goals?

There were so many happenings, and we grow more mature as time goes by. Our goal at the moment is to work hard at any work given to us. Where our fans exist, that's our resolution and goal. 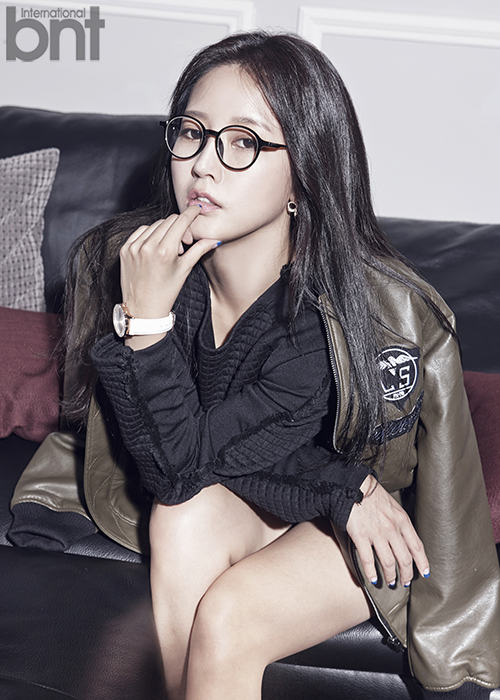