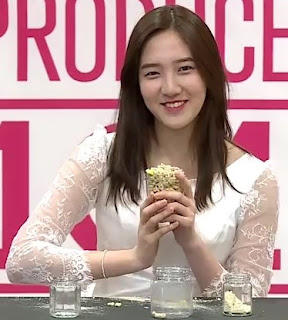 If you are among the fans who are waiting for T-ara N4's comeback, and Dani joining them, you'll have to wait a little longer.
But, if you can't wait to see more of Dani, her time has finally come as she is part of Mnet's 'Produce 101', a show which will feature 101 trainees from 46 agencies in Korea.  It's a reality program wherein the viewers will be choosing who will be part of the unit girl group from the show, the group's concept, song, as well as their name.  Only 11 out 101 participants will be chosen so this will be a very tough competition and a good opportunity to see Dani's growth.
The show will start airing in January 2016, and here's the cute video introduction of Dani.

In addition to that, you can also watch their special stage performing the theme song of their show titled 'Pick Me'.
Posted by nearnine on December 23, 2015